A sign is something that your health care provider can see or touch. For example, an unusual sore on the skin or a lump in a breast, are signs of cancer.

A symptom is something that you feel but may not be visually seen by a health care provider, such as pain or tiredness.

No two cancers are the same and not everyone who has cancer will show the same signs or symptoms. However, specific types of cancer generally have common signs and symptoms.

It is important to be aware of these signs and symptoms, but they do not always indicate the presence of cancer. Do not delay talking to a health care provider if you have any concerns about your health. 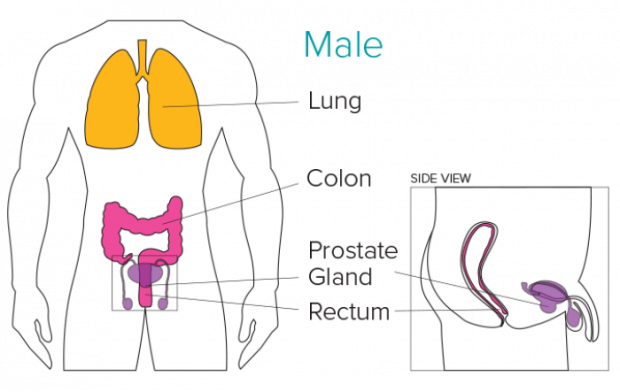 The prostate is a part of the male reproductive system that is located below the bladder and in front of the rectum.  Common indicators of prostate cancer include changes in bladder function including: frequent urination; a burning sensation or pain while urinating; inability to urinate; weak urine stream; and urgency to urinate. 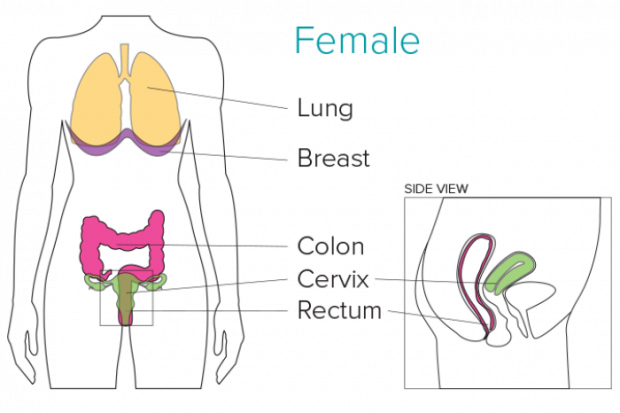 Breast cancer occurs mostly in women, but can also develop in men. Common signs of breast cancer include: unexplained bleeding or fluid (discharge) from the nipple; a lump (a hard bump under the skin) in the breast or armpit; changes in breast shape or size; and changes in the skin of the breast (itchiness, redness, swelling, texture, thickness).

Cervical cancer starts in a woman’s cervix, which is the lower part of the uterus leading to the vagina. Common signs and symptoms of cervical cancer include: blood spotting between periods; longer and heavier periods than normal; vaginal bleeding after menopause; pain during sexual intercourse; and unusual or frequent discharge from the vagina.